Earlier this month the RISE International Scientific Advisory Panel (ISAP) visited the program in Indonesia. We were joined by members of the RISE team from Melbourne and were hosted by colleagues from the program in Makassar, working out of Hasanuddin University. The Mayor of Makassar also received us. We were given the warmest of welcomes.

The purpose of the trip was threefold: first, to visit the settlements to better understand the water management and environmental issues they face; second, to talk with the RISE researchers and their collaborators to discuss the many practical challenges involved; and third, to meet some of the residents, including the community leaders. It was a busy three days!

On the first day of the visit we were treated to a real triumph of community participation. It was a ceremony to mark the occasion at which Makassar’s 12 settlements were randomised into two groups according to the timing for implementation of the intervention. And what a ceremony it was! Two young children in traditional dress carried out the draw using coded balls in a sand-filled bowl, whilst wearing blindfolds for good measure! It was a piece of theatre and an exemplary demonstration of how to involve a community in a piece of research, not as subjects but as participants, and with full transparency as to the research process involved.

Each of the community leaders spoke with passion after the draw so as to signal their ongoing commitment, both to the aims as well as the operational execution of RISE. It was truly inspiring to feel the rapport in the room, uniting residents and researchers alike as they embarked collectively on this important experiment.

The visits to the settlements were fascinating, not least because of the variability amongst them in terms of the combination of factors that will need to be addressed through co-design of a successful intervention.

We subsequently had a discussion about the project at the University and in the evening we were graciously received by the Mayor at his personal residence. There, we were treated to dinner and karaoke. And following a duet by the Mayor and a plucky Rebekah Brown, it seemed only reasonable that the ISAP should respond in kind.

It was not a pretty sight and was even worse on the ear! But our choice of song was, at least, appropriate. For, as the Beatles urge us in the timeless classic, Hey Jude:

Remember to let her [RISE, of course] into your heart

Then you can start to make it better.

Sensible advice indeed to an Advisory Panel, and a sentiment we carried into our deliberations at the ISAP meeting the following day. 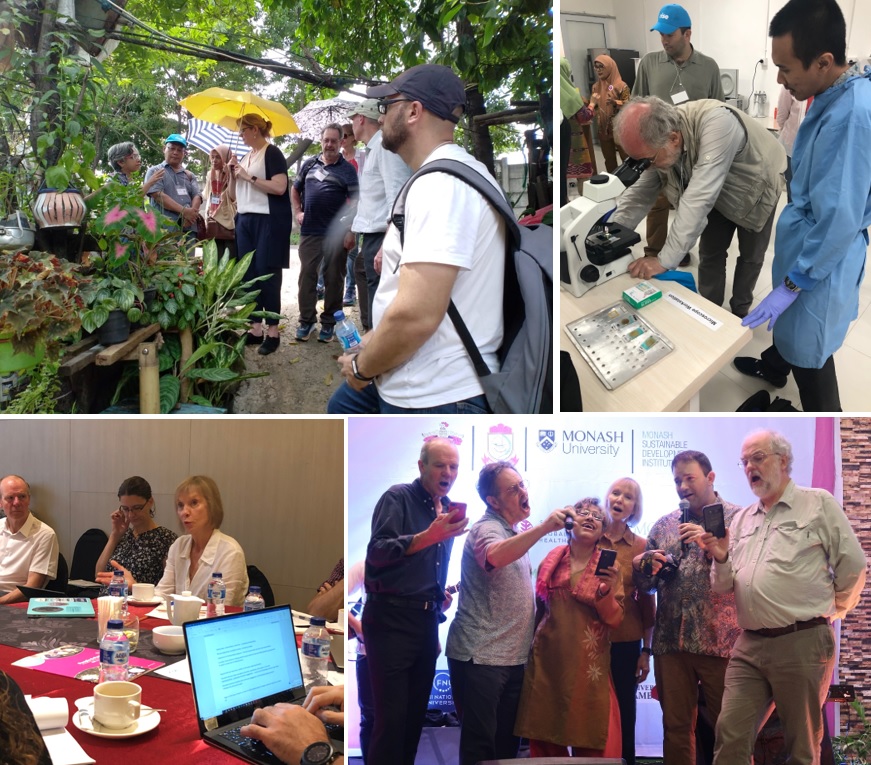