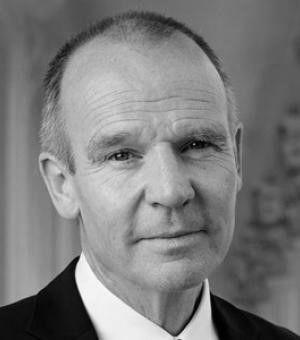 Chris Dye began professional life as an ecologist, having graduated from the Universities of York (BA 1978) and Oxford (DPhil 1982). After developing an interest in infectious diseases as a postdoc at Imperial College London, he moved to the London School of Hygiene and Tropical Medicine to bring his research closer to public health. From a base at LSHTM he spent 12 years doing research on leishmaniasis, malaria, rabies and other infectious diseases in Africa, Asia and South America.

In 1996, he joined the World Health Organization where he has developed methods for understanding the dynamics and devising control methods for a wide range of pathogens, including tuberculosis and Ebola and Zika viruses. As Director of Strategy 2014-18, he served as science advisor to the Director General, oversaw the production and dissemination of health information via WHO press and libraries, and coordinated WHO’s global sustainable development network.

From 2006-09, he was also 35th Gresham Professor of Physic (and other biological sciences), in a lineage of professors who have been giving public lectures in the City of London since 1597. He is a Fellow of The UK Royal Society and of the UK Academy of Medical Sciences.

Having recently retired from WHO, he has returned to Oxford as Visiting Professor of Zoology and will be a Visiting Fellow at All Souls College for the 2018-19 academic year.