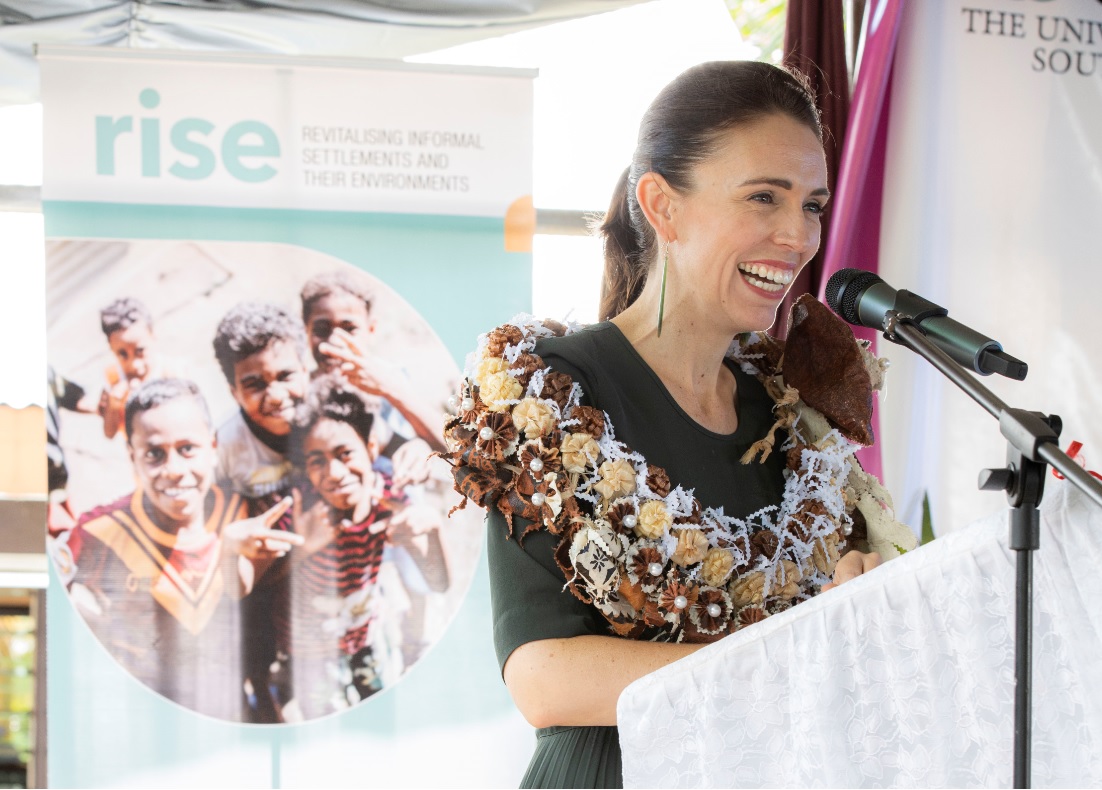 New Zealand Prime Minister the Rt Hon Jacinda Ardern put shovel to dirt in Suva today to mark the start of construction of RISE in Fiji.

RISE, led by Monash University alongside a global consortium of partners, is working to transform the lives of more than 3,000 Fijians living in informal settlements by strengthening access to essential water and sanitation services, and creating a healthier environment.

The Prime Minister shared with more than 200 guests why RISE is important to New Zealand: ‘[this program] is making sure it meets future challenges. Because it’s not just about making sure there is good infrastructure, that we have good sanitation going forward – that’s very important. But it has to be sustainable,’ she said.

‘We have to build resilient communities. And so I really commend RISE, because you are factoring that into the work that you are doing, and making sure that this project lasts and can be replicated elsewhere’.

Improving water and sanitation for vulnerable communities in the region is one of the critical goals for RISE, and aligns with the development strategy for New Zealand. The symbolic soil turning follows the New Zealand Government’s pledge of NZ$3 million to the program over three years, to fund civil works upgrades for the first six informal settlements in the capital, Suva.

New Zealand’s injection adds to foundational funding provided by the Wellcome Trust for the research components of RISE, and the Asian Development Bank, which is supporting the infrastructure components. Construction in Fiji is co-funded by New Zealand and the Government of Fiji, contributing to broader policy work to make quality affordable housing available to all Fijians.

Community representatives at the demonstration site, Tamavua-i-Wai, welcomed Ms Ardern as Chief Guest along with Premila Kumar, Fiji’s Minister for Housing, Local Government and Community Development, and presented them with a salusalu (garland).

Sitting with locals on traditional woven mats, Ms Ardern spoke with residents about the impact RISE has had on their community.

Maciu Turagavou, a community leader at Tamavua-i-Wai, said the Prime Minister’s hands-on involvement in breaking ground had inspired renewed pride in their community.

‘This is a historic moment for people here in Tamavua-i-Wai settlement,’ he said. ‘The youths of this settlement were very much looking forward to this visit, and I hope that she will become a source of inspiration for the youth.

‘We want to thank RISE for assisting us. Sixteen families will have new toilets and bathrooms’. 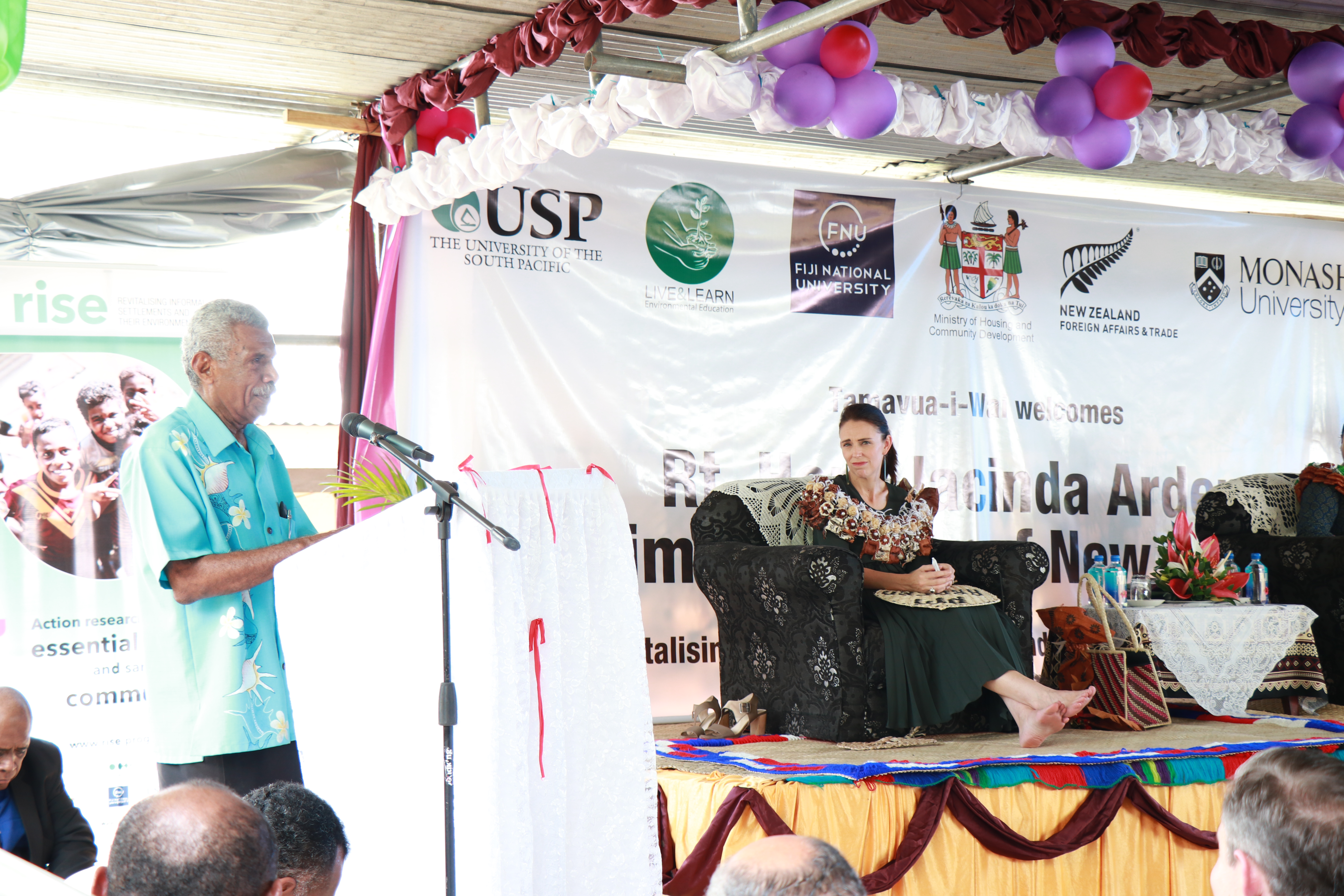 During a tour of the community, the RISE team highlighted the areas earmarked for construction and the broader benefits to the community, before Ms Ardern marked the official start of work with a sod-turning ceremony.

The construction areas are the result of weeks of collaborative workshops where communities worked with RISE to plan infrastructure based on their unique needs and use of space.

Green technologies, including wetlands, biofiltration gardens and ‘smart’ pressure sewers will be built into buildings and landscapes, as well as streets, sewers and stormwater infrastructure. 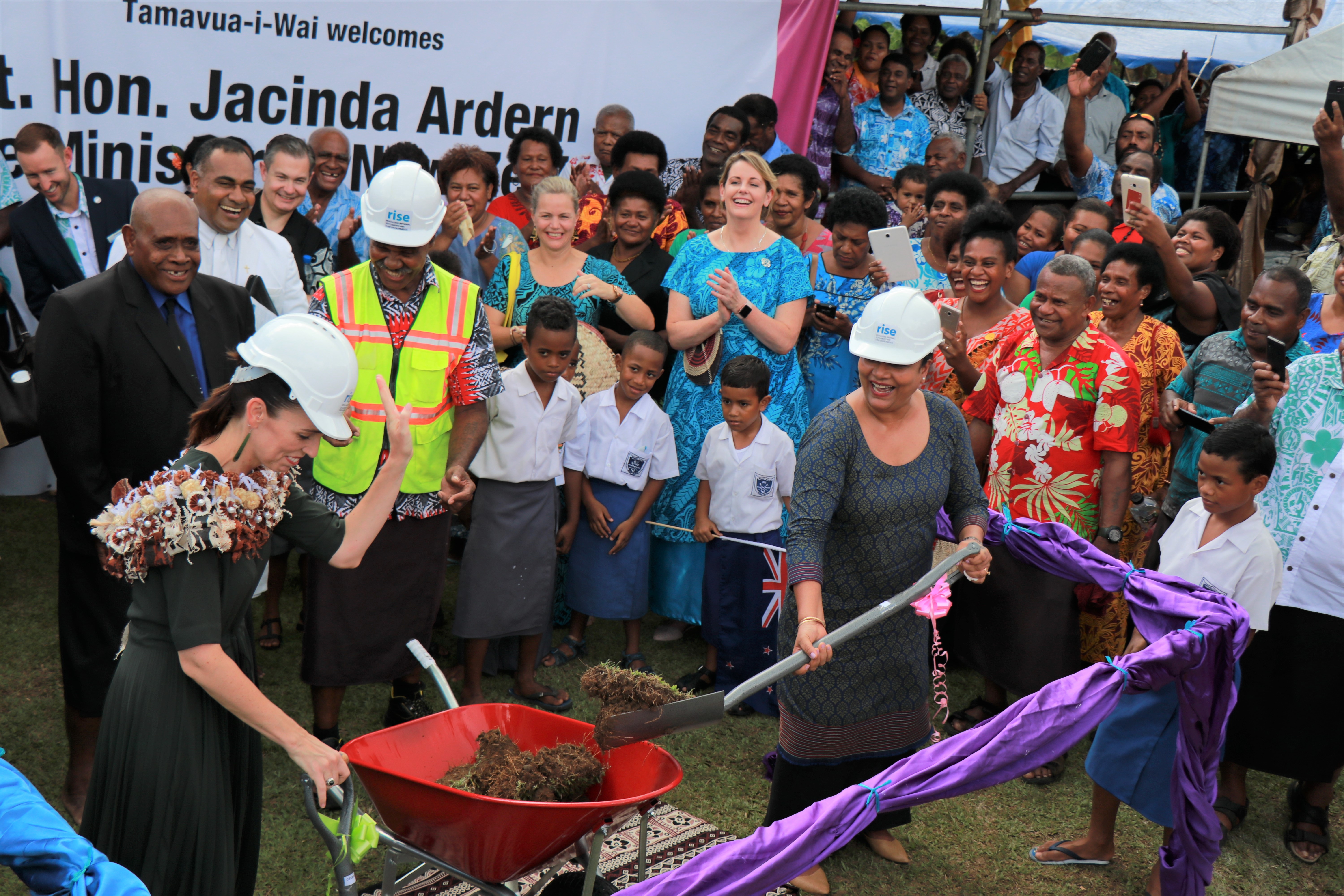 The Government of Fiji is committed to making quality affordable housing available for all Fijians, and has pledged FJ$2 million in funding for the RISE program.

‘RISE perfectly complements our ongoing housing development programs, because it also addresses the very critical issue of climate resilience in the most vulnerable areas in our communities’, Minister Kumar said.

‘What an incredible moment to celebrate together,’ Professor Brown said. ‘At RISE we are a trans-disciplinary team of 170 people, including public health specialists, engineers, architects, ecologists, social scientists, economists and community development practitioners, working across nine countries.

‘We are a team committed to societal and planetary health, using our capabilities to ensure that no-one is left behind. Prime Minister Ardern – we are inspired by your vision and commitment to social wellbeing and applaud your leadership in addressing climate change’.

Construction at Tamavua-i-Wai will continue into the year, and the RISE team will soon commence co-design (designing with communities) for infrastructure with the first six communities in the earlier-phase intervention group. 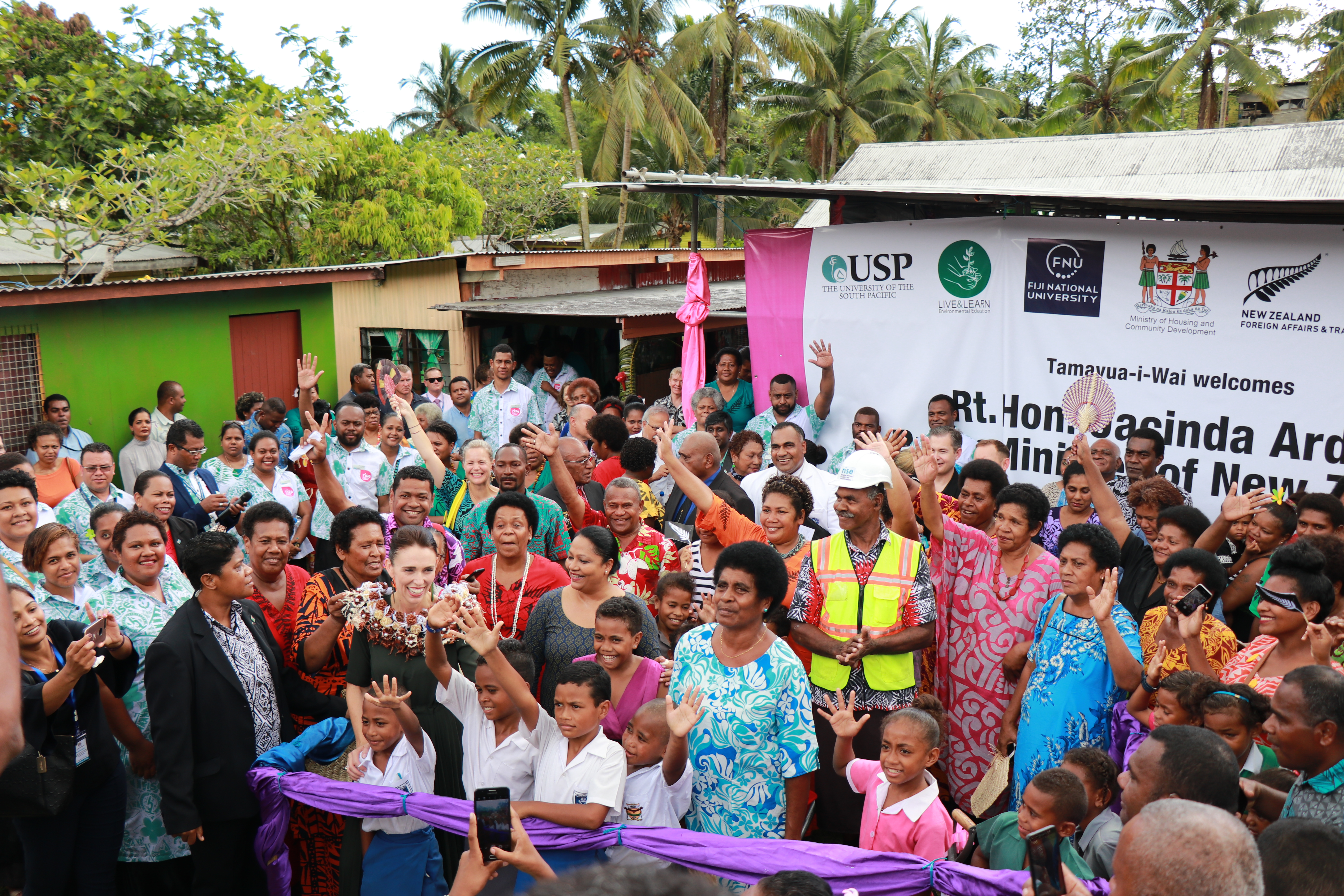