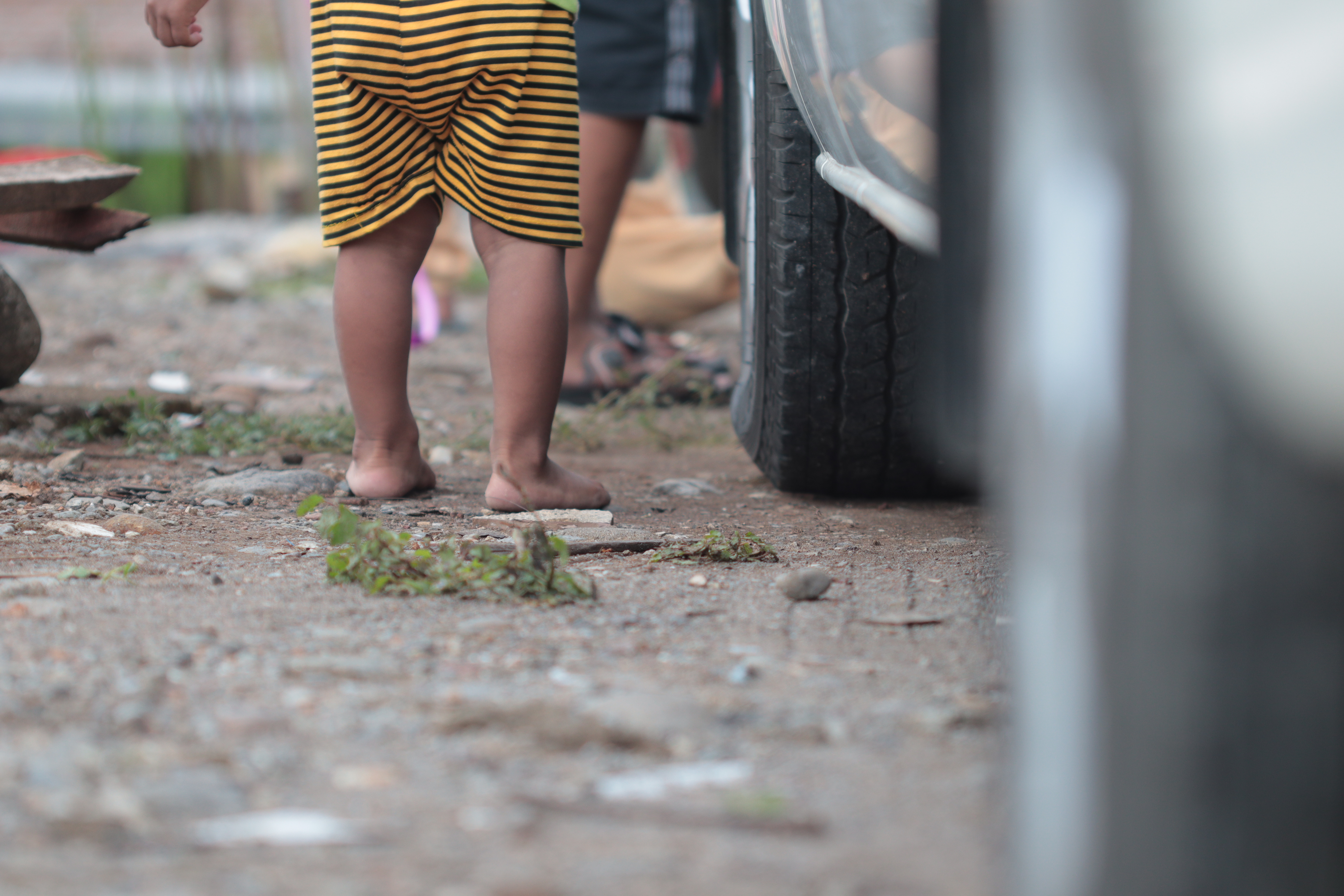 Diarrhoeal disease is responsible for the deaths of more than half a million children each year worldwide, and young children in informal settlements are at particular risk due to their habitual exposure to contaminated environments. To improve our understanding of how this exposure occurs and ways it can be prevented, an international team of RISE researchers is investigating the activities, surfaces, sources and mechanisms through which children are exposed to pathogens in their daily life.

‘Illnesses like diarrhoea are usually a symptom of an infection in the intestinal tract, which can be caused by a variety of gastrointestinal pathogens and parasitic organisms,’ explains Professor Karin Leder, Head of the Infectious Disease Epidemiology at Monash University’s School of Public Health and Preventive Medicine, and RISE Director of Research. ‘RISE aims to reduce faecal contaminants in water and soil through our intervention, but we are also examining other sources of contamination that potentially contribute significantly to childhood pathogen exposure, in a bid to interrupt that transmission.’

The Exposure Pathways assessment study, embedded within the RISE randomised controlled trial (RCT), examines other potential sources of pathogen transmission beyond water and soil, and is funded by Australia’s National Health and Medical Research Council (NHMRC).

‘The first element of this work is examining how children interact with their environments: identifying the places where children spend time, and observing the behaviours that expose them to contamination in their environments,’ says Leder. ‘Our Fiji and Indonesia teams are leading the videography of children under the age of five from consenting households taking part in RISE. Each child was videoed for up to four hours for one day, going about their “usual” activities in and about their home. In March we finished the first round of filming in Suva, Fiji, and it went very well with 74 children filmed.’

At the end of the recording session, caregivers were also asked to complete a short survey about their child’s interaction with their environment, the food they usually eat, and how well the activities observed during videoing reflected “usual” behaviours.

Part of this process is coding and analysing the videos – systematically documenting and interpreting what objects and surfaces children touched and when they touched their faces.

RISE Fiji and Indonesia’s laboratory teams will then perform the microbial analysis: measuring the faecal contamination and pathogens on items that children commonly have contact with, including foods, fingers through hand rinse samples, and fomites – indoor surfaces and objects.

For Dr Rebekah Henry, a Research Fellow at Monash University’s Faculty of Engineering, and RISE Chief Investigator of Pathogens and Genomics, the promise of this work lies in its rigour and ability to uncover the roles that different contaminant sources play in childhood infection and morbidity.

‘We are using a method known as microbial source tracking to better discriminate between animal and human faecal pollution, and the pathways of transmission within a community. We will also compare different ways of taking samples to see how this influences results, thus adding layers of methodological novelty,’ says Henry.

‘Another layer of innovation stems from the fact that this work is being carried out within the context of the RISE RCT – this enables us to evaluate the relative contribution of different contamination pathways both in Fijian and Indonesian RISE communities which have received the water-sanitation infrastructure upgrade, compared to those sites yet to be upgraded.’

Videography work is planned for children in RISE Indonesia’s informal settlements, as well as across different seasons to see how this affects children’s behaviours. The aim is to develop models to predict infection risk, and compare model outputs with epidemiological data of observed prevalence of child enteric infections.