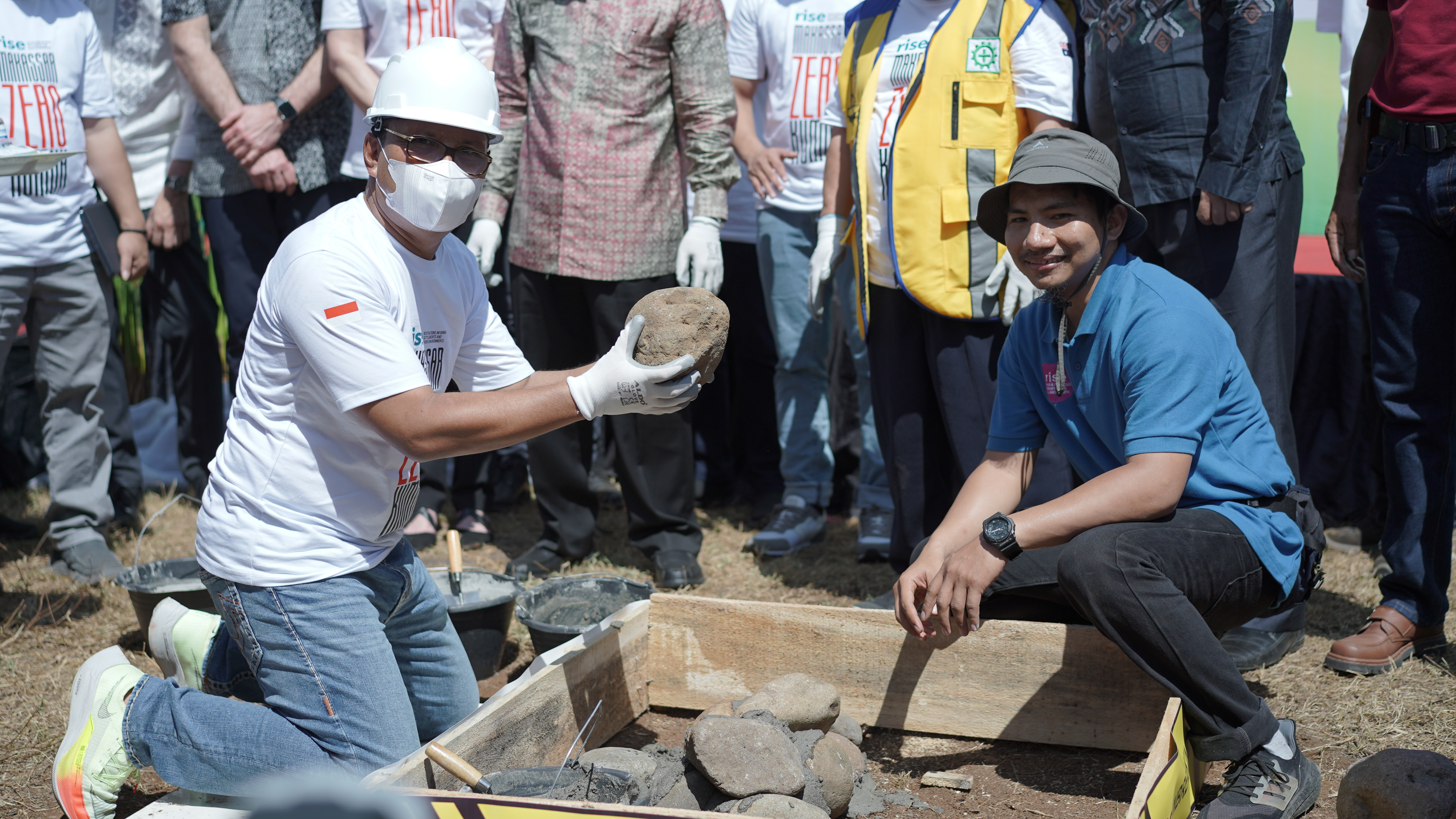 Today, RISE broke new ground to mark the exciting start of construction on our water and sanitation infrastructure intervention in the first group of informal settlement communities in Makassar, Indonesia.

More than 250 people gathered from the communities, as well as government representatives, RISE funders and academic partners, for a ground-breaking ceremony held at one of the sites being upgraded.

The infrastructure is set to enhance access to critical water and sanitation services and climate resilience for more than 300 households in Makassar. The ceremony is a major milestone for RISE and celebrates the culmination of years of work with each community to design infrastructure systems that meet their unique needs – work that continued through the two challenging years of the pandemic.

Ibu Merry is one of the residents who has worked alongside RISE over the past few years to design the infrastructure for her community. Stepping up as the opening speaker at the ceremony, Ibu Merry shared her aspirations for her community.

‘RISE is different from other infrastructure programs,’ Ibu Merry said. ‘Everyone has been involved: men, women, seniors, adults and children in a community design activity. I also feel the direct impacts of RISE on my child’s health, as they regularly check her bloods and monitor for intestinal worms.’ 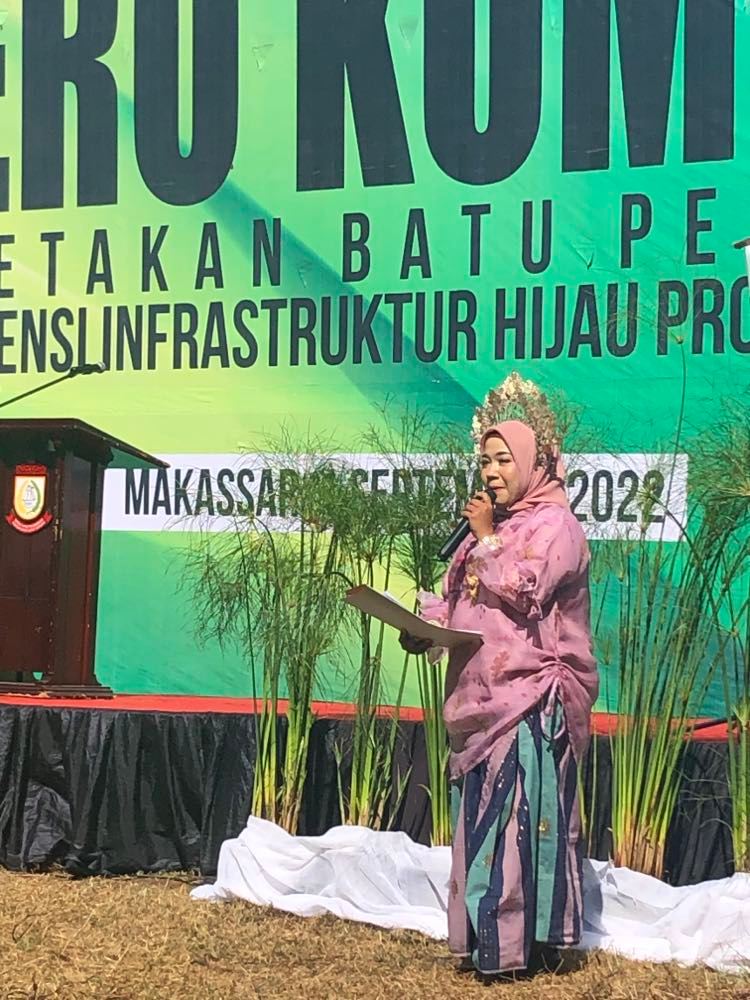 Ibu Merry: ‘I hope my environment is clean and healthy for the next generation’.

This monitoring is part of RISE’s scientific assessment on the impacts of the intervention: the program aims to collect the first-ever rigorous scientific evidence to see if a localised, water-sensitive and nature-based approach to upgrading informal settlements can deliver sustainable improvements to the health of people and their environments.

‘Partnering with informal settlements and the city of Makassar, we have the chance to think outside the box and be innovative. This water-sensitive approach addresses servicing needs by working with nature to improve urban liveability, access to services, restore the natural environment and improve biodiversity,’ Professor Ramirez-Lovering said.

‘As our climate changes, these communities are disproportionately impacted by increasing severity of rainfall, drought and heat, and environmental degradation, all of which consequently reduce their health and wellbeing – this intervention aims to enhance these communities’ resilience in the face of climate change.’ 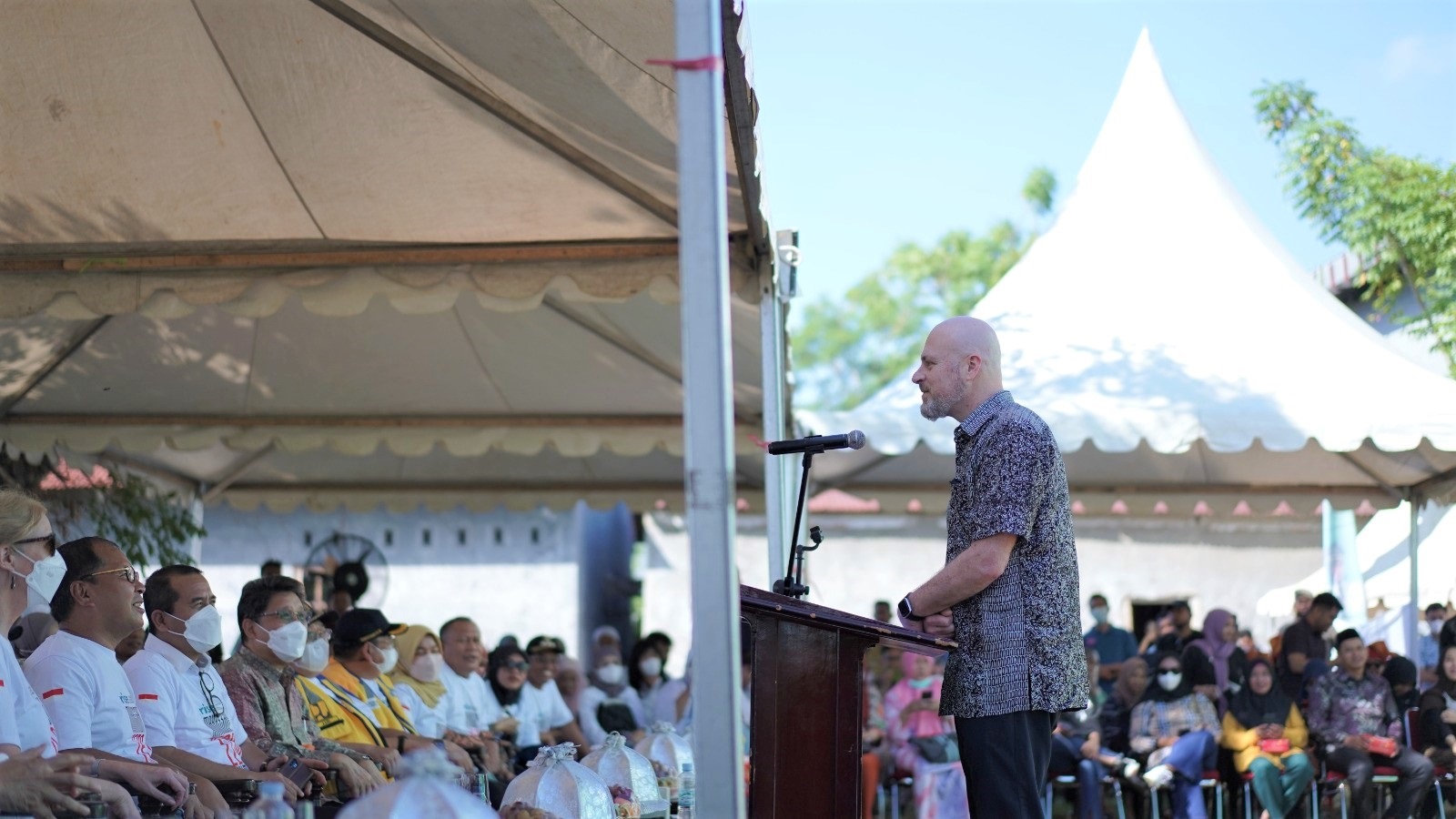 Professor Ramirez-Lovering emphasised the strong partnerships and support from the Australian and Indonesian governments. Australia has committed AU$4 million to revitalise the informal settlements through the Indonesia Australia Partnership for Infrastructure (KIAT).

Australian Consul-General in Makassar Bronwyn Robbins spoke of Australia’s commitment to climate and infrastructure cooperation in Indonesia, while Makassar Mayor Mohammad Ramdhan Pomanto said he hopes that RISE can help influence and attract future investments into these types of transformative solutions. 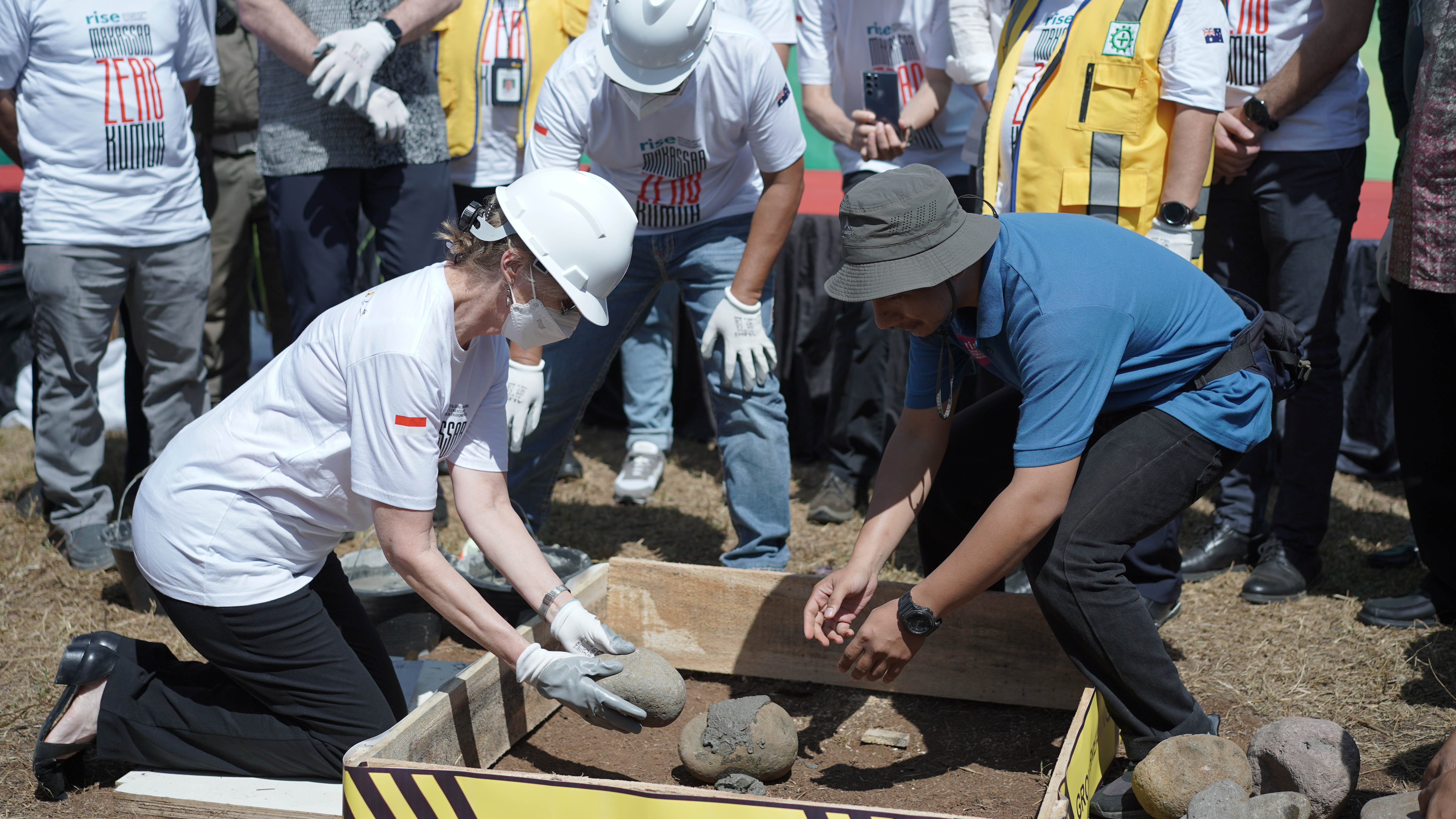 Construction kicks off weeks after Australian Foreign Minister Penny Wong visited RISE’s demonstration site, which showcases the infrastructure and systems in action, and how they are addressing the community’s needs.

The RISE program includes a parallel arm in Fiji, where construction is also about to begin on the first randomised group of informal settlements there. The second group of settlements in both Indonesia and Fiji are to be upgraded in the future after construction and monitoring in the first group as part of RISE’s randomised control trial approach.