‘It used to be just a shadow’. Tour gives communities chance to see RISE infrastructure in action 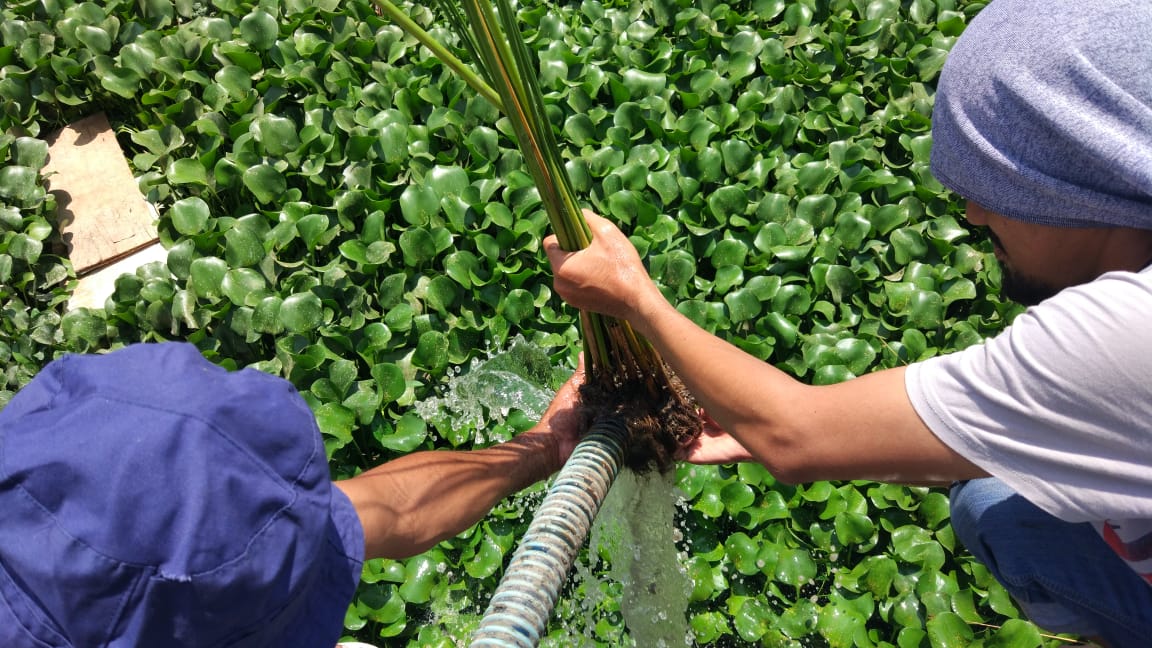 This year Mr Iwan S has participated in RISE workshops designing upgrades for his neighbourhood, Bonelengga. He has joined in Science Days, and has come to know the RISE Makassar team who visit every few months to collect water and soil samples from his neighbourhood.

But amid the workshops, friendly chats and community updates about the program, Iwan and his neighbours have wondered how wetland diagrams and coloured cones marking potential locations for septic tanks will transform into physical infrastructure.

‘During PANRITA [‘planning in your neighbourhood’], the water and sanitation infrastructure that the researchers were talking about was wishful thinking. It was still a story, something that was very new for residents to hear about. Honestly, we believed it, but we also didn’t believe it,’ Iwan admits.

The more time that Build Team Leader Dr Ihsan Latief and the Makassar team have spent planning upgrades with communities, the more they have recognised that residents need to see and experience the infrastructure that they are constantly talking about.

‘We decided that a tour of the infrastructure would allow communities to get a better understanding of the systems we describe in our workshops’, Dr Ihsan Latief explains.

In September, Iwan joined 21 other RISE community representatives from Tallo, Lempangang and Bonelengga settlements on a bus bound for Batua settlement, to witness RISE’s green infrastructure for themselves.

Known as a ‘demonstration’ site in RISE, Batua has been fully upgraded with RISE’s nature-based solutions. The health of the environment and residents is not being measured like the other 12 settlements, rather the neighbourhood serves as a separate demonstration site for the program’s stakeholders and communities to get a real sense of RISE’s green infrastructure in action. The upgraded neighbourhood will officially be opened in October.

As the community members listened and took photos, they read booklets explaining the infrastructure, with ‘before’ and ‘after’ images and diagrams.

Ibu Suneti, a Batua resident, opened up her home to visitors who were curious to see her renovated toilet and wash area. ‘Before RISE renovated, our toilet was very simple,’ Ms Suneti explained. ‘It had zinc walls with a lot of holes, and only cloth curtains. No doors.

'The biggest difference we feel is that besides being comfortable and clean, we can use the toilet now without worrying that people will see us from holes or behind the curtain,’ she said. ‘There is also a washing area as part of the renovations’.

Fellow resident Ibu Maria agreed, saying she is happy with her new toilet and washing area, with the biggest difference being a permanent toilet with stone surrounds, floor tiles and a door.

Sutrisno, Community Engagement Council head for Tallo settlement felt that pictures of wetlands and septic tanks had been brought to life through the visit.

‘We have seen firsthand what the infrastructure looks like, and where it is located in the neighbourhood’, he nodded. ‘We can increasingly see that plans to build the green infrastructure is real, and because our settlement is flat, we think the conditions will be good’. 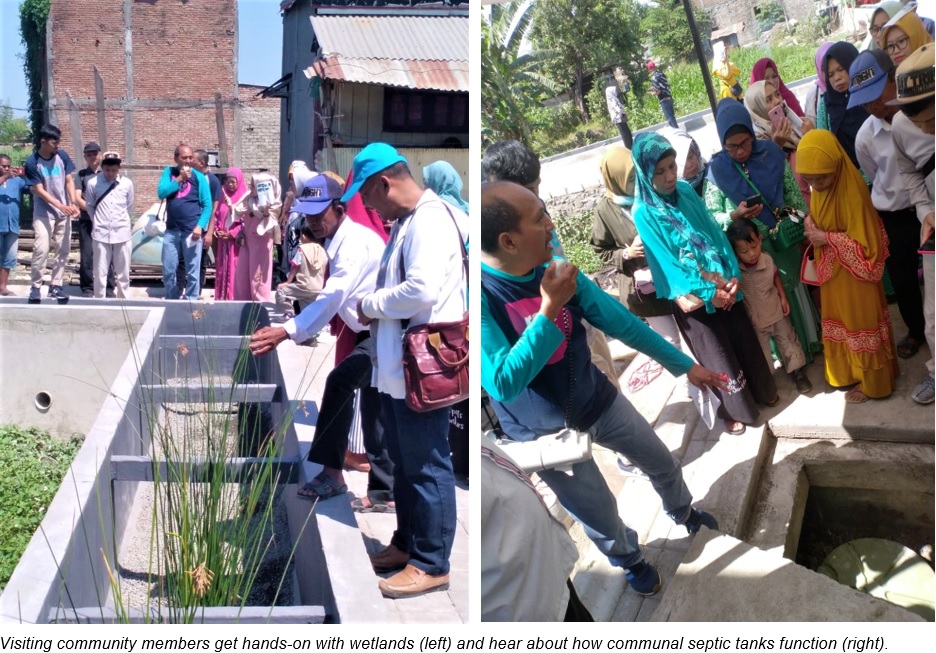